Mushrooms are #1 Vitamin B monsters (The Ultimate Guide)

Oyster Mushrooms and the B group

Oyster mushrooms are one of the best sources of the B complex because they can make most of the B group with the exception of B12. But, check out the Shiitake below, they are B12 monsters.  [Source Biosynthesis of vitamins B by the fungus Pleurotus ostreatus in a submerged culture E F Solomko, G S Eliseeva]

What B group vitamins are in an Oyster Mushroom?

In general Oyster mushrooms are a nutritional powerhouse, see the USDA nutritional breakdown to learn more.

B12 is generally low across most varieties of mushrooms and completely absent from plant sources. However, Shiitake is able to produce it in good amounts. 100 g of dried Shiitake significantly varied in B12 content however, the average being approximately 5.61 μg which is still twice the daily recommended value. [Source Vitamin B12-Containing Plant Food Sources for Vegetarians Fumio Watanabe,* Yukinori Yabuta, Tomohiro Bito, and Fei Teng].  With the recommended daily amount of B-12 for adults being 2.4 micrograms [ source ] a 50g helping of dried Shiitake should meet daily requirements.

Types of vitamin B

Here's everything you should know about the eight types that make up the B group:

B1 helps to convert glucose into energy and has a role in nerve function.

In the west, B1 deficiency is rare because it's generally found in countries where white rice is the dietary staple. In the Western world, deficiency is usually caused by excessive alcohol intake or a very poor diet. Alcohol reduces B1 absorption in the gut and increases its excretion from the kidneys. Symptoms include – confusion, irritability, poor arm or leg (or both) coordination, lethargy, fatigue and muscle weakness.

Wernicke-Korsakoff syndrome (also called ‘wet brain’) is another B1 deficiency disease linked to alcohol excess and a thiamin-deficient diet.

Riboflavin is primarily involved in energy production and helps vision and skin health.

Good sources of B2

B2 deficiency (or ariboflavinosis) is rare and is usually seen along with other B-group vitamin deficiencies. People with high alcohol consumption and people who do not consume dairy (so perhaps a concern for vegans) products are at most risk.

B3 is essential for the body to convert carbohydrates, fat and alcohol into energy. It helps maintain skin health and supports the nervous and digestive systems. Unlike other B-group vitamins, niacin is heat stable so little is lost in cooking.

Good sources of B3

People who drink excessive amounts of alcohol or live on a diet almost exclusively based on corn are most at risk of pellagra. Other causes are associated with digestive problems where the body does not absorb B3 efficiently.

The main symptoms of pellagra are dementia, diarrhoea and dermatitis. This disease can lead to death if not treated.

Large doses of B3 produce a drug-like effect on the nervous system and on blood fats. While favourable changes in blood fats are seen. (In fact, a common cholesterol-lowering drug uses niacin.) Side effects can include – flushing, itching, nausea and potential liver damage.

B5  is also needed to metabolise carbohydrates, proteins, fats and alcohol as well as produce red blood cells and steroid hormones.

Good sources of B5

B5 is widespread and found in a range of foods, but some good sources are usually: liver, meats, milk, kidneys, eggs, yeast, peanuts and legumes.

Because B5 is found in such a wide variety of foods, deficiency is extremely rare.

B6 is needed for carbohydrate & protein metabolism, the formation of red blood cells and certain brain chemicals. It influences brain processes and development, immune function and steroid hormone activity.

Good sources of B6

B6 deficiency is rare. Again, people who drink excessive amounts of alcohol, women (especially those on the contraceptive pill), the elderly and people with thyroid disease are the most at risk.

B6 toxicity is mostly due to supplementation and can lead to harmful levels in the body that can damage the nerves.

Good sources of B7

Biotin deficiency is very rare. It’s widely distributed in foods and only required in small amounts. Over-consumption of raw egg whites over periods of several months (by bodybuilders, for example) can induce deficiency because a protein in the egg white inhibits biotin absorption.

B9 (Folate or folic acid)

B9 is used to form red blood cells. It helps the development of the foetal nervous system, as well as DNA synthesis and cell growth. This is why pregnant women are often prescribed a supplement.

Good sources of B9

B9 is generally considered non-toxic. However, excessive intakes (above 1,000 mcg per day) over a period of time can lead to malaise, irritability and intestinal dysfunction. The main risk with excessive folate intake is that it can mask a B12 deficiency. So, it’s best to consume these two vitamins within the recommended amounts.

As most vegans know, B12 is one of the hardest (so most important) micronutrients to get while on a plant-only diet. B12 produces & maintains the myelin surrounding nerve cells, mental ability, red blood cell formation and the breaking down of fatty & amino acids to produce energy. B12 has a close relationship with folate, both depend on one another to work properly.

Why it's hard to get from a plant diet is because B12 is made and stored in the gut of animals (actually it's made by gut bacteria) Source. It is particularly found in the flesh of predators. So plant foods are not a source of B12 unless they are fortified, with fortified breakfast cereals ranking as the top source of B12. For this, manufacturers use B12 produced from yeast.

Because B12  plays a key role in DNA replication, obtaining sufficient amounts is essential for every cell in the body. The recommended daily intake of B12 is 2.4mg per day to ensure a wide range of health benefits including energy production, regulation of the nervous system, reduction of cardiovascular disease, encouraging optimal digestion and essential for hair, skin and nails.

Good sources of B12

Because B12 is only found in foods from animal sources, people following strict vegan diets, as well as breastfed babies of vegan mothers, tend to be most commonly affected.

Absorption of B12 from the gut also tends to decrease with age, so the elderly is another group who are more at risk of deficiency.

Much of the information in this section has been sourced from the better health channel of the Victorian Govt. (Aust.) https://www.betterhealth.vic.gov.au/health/healthyliving/vitamin-b#types-of-vitamin-b

How much B complex do you need?

the recommended daily intake is:

the recommended daily intake is:

Certain underlying health conditions can prevent your body from properly absorbing B vitamins.

Further reading on Mushrooms and B group vitamins

Learn how to Ferment Mushrooms & why you should
May 21, 2022
The Incredible and Mysterious Protein in Mushrooms
May 3, 2022
FODMAP diet: why Oyster Mushrooms are No. 1 in fighting IBS
September 4, 2021
6 quick reasons to grow your own mushrooms during lockdown
August 18, 2021
5 quick reasons why vegans LOVE mushrooms
August 5, 2021
Oyster Mushroom USDA nutritional value
July 30, 2021
7 reasons why mushrooms are the ultimate meat alternative
July 28, 2021
Find out how mushrooms can boost your immune system
July 28, 2021
The incredible power of mushrooms in creating Vitamin D
July 27, 2021 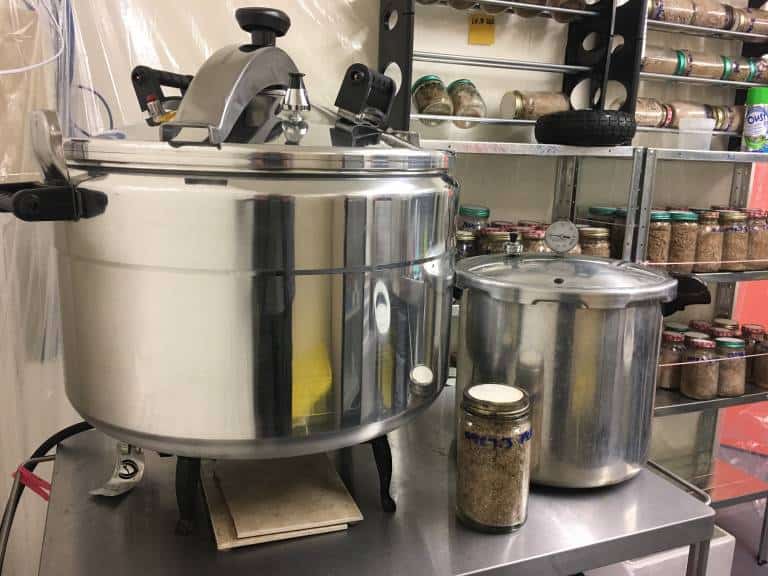 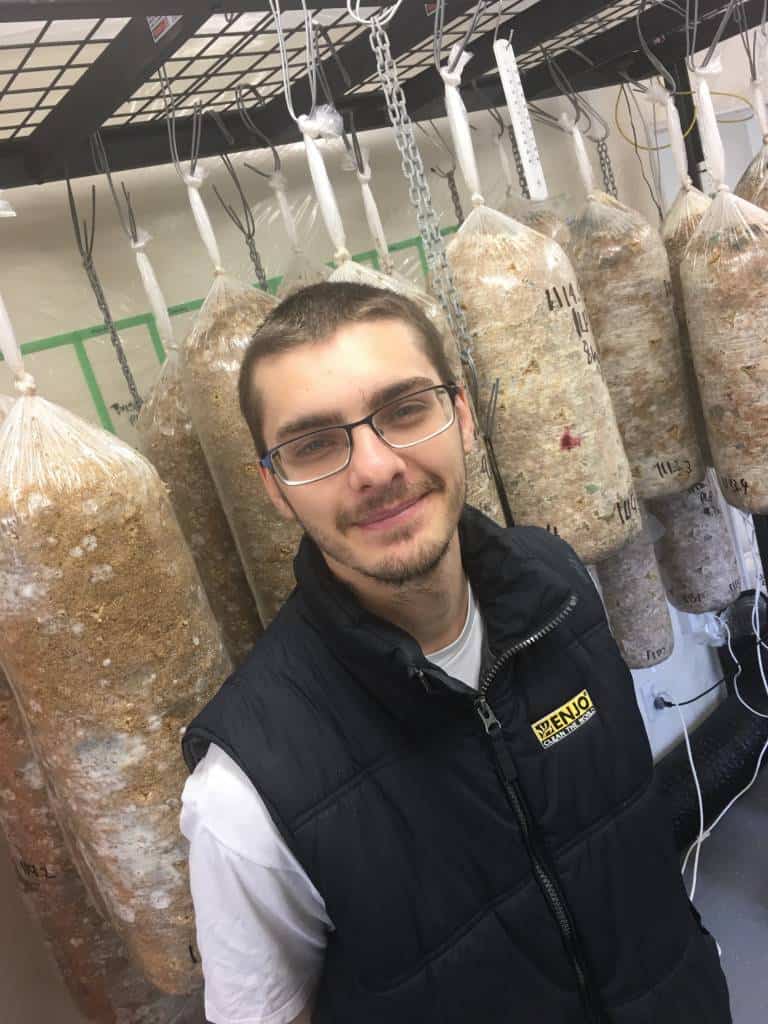 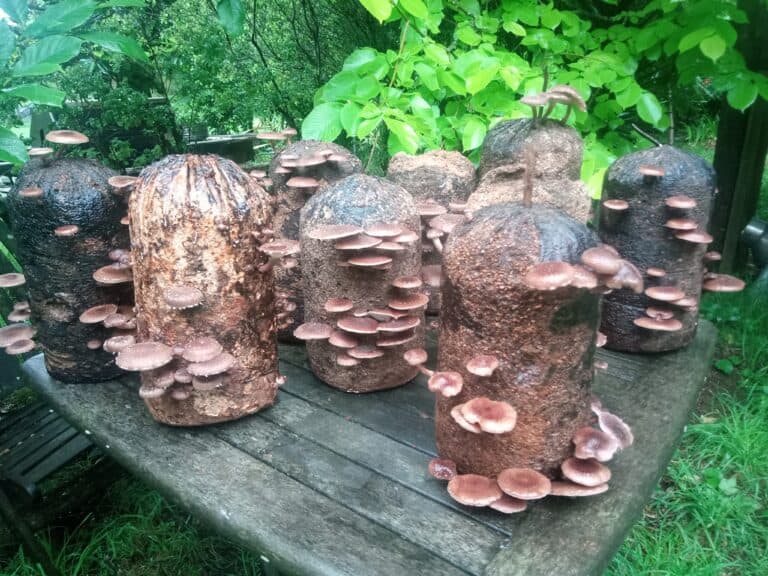